The Flying Monkeys of Oz - Shattered Earth And Panic 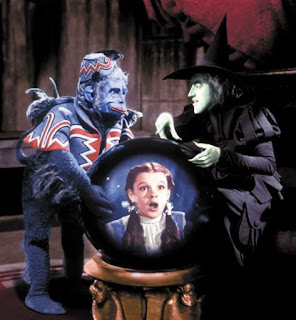 The Flying Monkeys Of Oz

The Emerald City Of Oz

The Wonderful Wizard Of Oz

I have written some happy words recently.  Some strange little tales and some poems.  I've written songs too which is a new experience and one that's meant a lot to me.  One of those songs is in a show next week and that is something that amazes me.

The following lines though were free written on a bad day.  This is catharsis.  The day began difficult inside.  It ended more difficult with a level of panic in which being able to do any of the good self care activities I've been learning was impossible.  Or seemed impossible.

On this occasion the winged monkeys seemed to steal me away.

They're not real though.  Only in my head.  And today though I am feeling the effects of the panic and am exhausted, everything seems possible again.

The bad times are not forever.

These lines were written in a song writing workshop.  I was not able to write a song.  Instead I could only go off on my own, find the quietist corner, and write fragments.  I haven't changed a single word.  This is almost as bad as it gets.  The writing is poor.  Another little bit of writing happened in that workshop.  I'll include it at the end because it's not so distressing.  It's almost a proper poem.


Can't see the truth through black burn inferno.
Every comfort twisted to lies,
Each non-existent betrayal clue believed.
This shattered earth will not bear life.

Desertion fears, expectations of love turned vile;
Screams of unfaithfulness though nothing is heard;
Squeals of pain upon pain upon agonised illusion
And waterboarded neurons.
It's a brain ripped, reordered, disordered,
Darkened. Opened to its imperfections as criminal offences.
Poisoned by the habitual thwack, thwack, blood-beating
Of the post-traumatic Scorpion King.

And the sky falls. No sun. No moon. Starless.
Until all is black. Then even the infinite vastness crumbles
Into one room. Walls of knives.
Moving. Enclosing. Threatening the end.
Hearing the imagined voices of loved ones, laughing, hating,
Sneering. Spitting. Turned backs. Deserved loss.

In one moment the smooth, calm sea
Was stirred, hurricaned, maelstromed,
As even the molecules burst into atoms
Releasing the energy of all the hurts of a damaged mind,
Absorbing the impetus of the hopes it failed to receive.

She cried.
Tears spent. Nothing left to do.
She rocked.
Until she died.
At least, one more bitter burn ingredient of fatality.
Not the ultimate, no grand mort.
Just a petit mort. Another scar sign.
Just a strong woman endurance feat.
A desert marathon.
Just another normal day.

Kneeling In The Key Of Life

Stevie Wonder knelt.
The President, racist,
Named him a traitor.


In frightening times
These people of colour
Give me cause to hope.

As they disobey
In simple, silent protest
We witness justice.

But Trump's pastor says
They're lucky they don't get shot.
And I fear again.